Zero-waste retailer Hive sells sustainability to Malaysia’s cost-conscious consumers Screenshot of Malaysia-based Zero-waste retailer The Hive’s website Claire Sancelot, founder of zero-waste grocer The HIVE, may have been tilting at electricity-generating windmills when she launched her start-up in Kuala Lumpur. But after a rocky start in early 2016 — just months after Malaysia’s 1MDB scandal caused […] 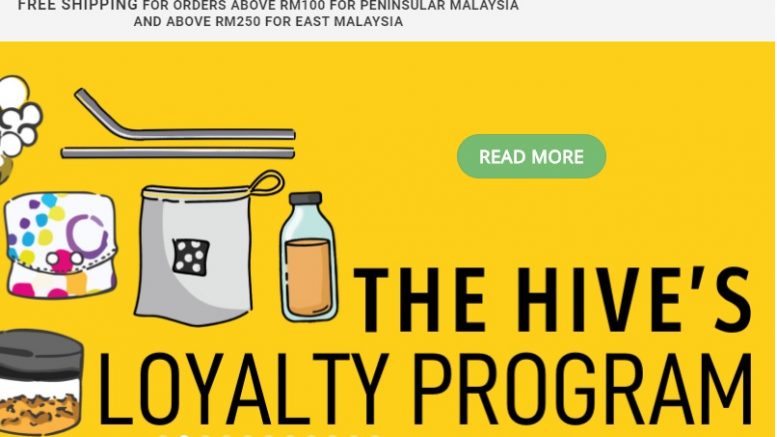 Claire Sancelot, founder of zero-waste grocer The HIVE, may have been tilting at electricity-generating windmills when she launched her start-up in Kuala Lumpur. But after a rocky start in early 2016 — just months after Malaysia’s 1MDB scandal caused an economic slowdown and as the business suffered six-month period with no customers — The Hive now has five large shops and four small shops in Malaysia’s capital, Kuala Lumpur, as well as placing products in supermarkets.

“It’s very hard to be in sustainability and to work in a business, because our products are obviously are more expensive, mainly for the food. Organic food by definition is going to be more expensive than industrial food,” she said at the H.E.R. Entrepreneur Asia Summit in Singapore on 2 October.

“Our markets are still developing countries, so our customers are very, very cost sensitive,” she said.

“We are not suicidal. We want to stay on this planet,” she said. Gen Z and millennial “customers are very sensitive to sustainability. For them, it’s their planet, their future depends on it.”

Sancelot has also found other ways to cut costs to keep prices in check, such as asking customers to bring in their paper bags and jars.

“We never buy packaging,” she said.

The Hive has also used sustainability-related collections to drive foot traffic to the stores, even if they don’t bring in revenue, she said. The Hive has collected prescription eye-glasses to send to impoverished emerging-market Myanmar as well as collecting e-waste and clothing, she said.

While The Hive has an online store, Sancelot said her start-up may contradict the currently accepted online-first approach to retail.

The Hive is aiming to enter Singapore’s market soon.

StarProperty: Eco-friendliness in the city
TRX: Going Green Pays Off for KL’s Businesses

BURO: How to throw a zero-waste party

Revista Pontos de Vista: The Third Edition of the National Geographic Summit Has a New Speaker

Reuters: How Social Entrepreneurs Are Getting Creative in a Pandemic

BatikBubbles: The Hive Bulk Foods, A Greener Way to Shop

Showbiz: Save environment and money by using menstrual cups

SixTwo: This woman has a plan to solve Malaysia’s garbage problem

How to lead a zero waste life in Malaysia

Tatler: Where to buy tiffin carriers for your takeaway

Food From Far Away 1.0 Weekly MTown

Life will go on without single-use plastic, says zero-waste advocate

Asian Correspondent: This woman wants to liberate Malaysia from garbage

Happy planet: Claire Sancelot Is On A Mission To Solve Malaysia’s Garbage Problem

5 zero-waste stores in KL for an eco-friendly lifestyle

The Star: Dive into The Hive to see some eco organic stuff at Bangsar KL

The Star: Saying no to plastic straws

Malaymail: Want to get into zero waste living? Let this co-op show you how

The Star: How to lead a zero waste life in Malaysia

Time Out: Interview with Claire Sancelot